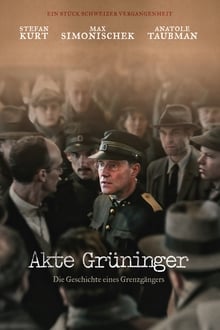 According to the Swiss documentary filmmaker Richard Dindo (1944), the media want to make us believe that Swiss non-alignment during World War II was only a thin veneer around Nazi sympathies and anti-Semitic feelings. This stirred his interest in the story of Paul Grüninger, a Swiss policeman who in the late thirties provided false travel documents to hundreds of Jews who had fled from Austria.

Afterward download subtitles Akte Grüninger (2014), must be remembered rename the SRT file in order to your release. Thereafter all right! Firstly, thank you for following us. We are working even more to bring you, without doubt, new subtitles. For that reason, sooner or later, come back here and check what we have prepared for you.